Important Celebrations in May

The month of May brings important celebrations and, when you think about them, they have something in common—taking care of others and self-sacrifice. On May 13, we celebrate Mother’s Day and then, on May 28, we commemorate Memorial Day.

According to Wikipedia, “The modern holiday of Mother’s Day was first celebrated in 1908, when Anna Jarvis held a memorial for her mother at St. Andrew’s Methodist Church in Grafton, West Virginia. Her campaign to make Mother’s Day a recognized holiday in the United States had begun in 1905, the year her mother, a peace activist and public health advocate, died. Jarvis wanted to honor her mother by continuing the work she started and to set aside a day to honor all mothers, because she believed a mother was ‘the person who has done more for you than anyone in the world.’ Although Congress initially declined to designate an official holiday, by 1911 all U.S. states had observances. In 1914, Woodrow Wilson signed a proclamation designating Mother’s Day, which was to be held on the second Sunday in May, as a national holiday to honor mothers.”

“Three years after the Civil War ended, on May 5, 1868, the head of an organization of Union veterans, the Grand Army of the Republic, established “Decoration Day” as a time for the nation to decorate the graves of the war dead with flowers. Maj. Gen. John A. Logan declared that Decoration Day should be observed on May 30. It is believed that date was chosen because flowers would be in bloom all over the country. The first large observance was held that year at Arlington National Cemetery. Memorial Day became an official holiday in 1971. Additionally, in December 2000, the U.S. Congress passed, and the president signed into law, “The National Moment of Remembrance Act” to encourage all Americans to pause wherever they are at 3 p.m. local time on Memorial Day for a minute of silence to remember and honor those who have died in service to the nation. This time was set to ensure the sacrifices of America’s fallen heroes are never forgotten.”

Kensington Park has plans this month to honor all of our mothers, as well as those who have given their lives in service to our country. We would ask that you take a moment to reflect on the meaning of these holidays, forgetting for a minute the commercialization of it all, and be grateful for those who have given so much of themselves for your well-being. 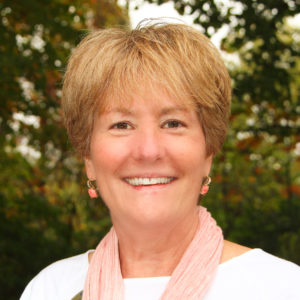